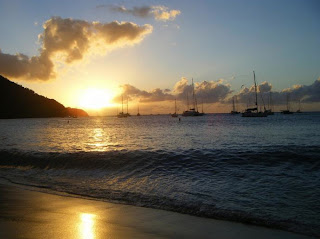 According to The Standard, the facility, which could be completed by the spring of 2012, will convert 98 percent of the volume of waste to gas returning nothing to landfills, creating power for 6,000 homes and reducing the carbon footprint to the tune of 70,000 tonnes of greenhouse emissions a year.
Elementa executive vice-president Tom Hughes said, "We want it to be a real standalone project for the Caribbean, because a lot of nations are looking at this technology and they see it as a really viable way to help climate change."
Currently generating all of its power by burning diesel, St. Lucia announced that the island country will soon be home to a solid-waste processor and power generator taking a significant step towards clean energy.
Island Green Energy and its partner Elementa Group, Inc. have been commissioned to build the US$50 million facility which will employ Elementa's non-incineration process using steam technology to convert solid waste into synthetic gas which in turn will be used for power generation.
Posted by Editorial at 19:10