By John Battaglini, International Battery and Michael F. Reiley, Wailuku, HI   |   October 19, 2010   |
Besides grid stabilization and load leveling, storage systems can potentially provide back-up power to thousands of residential and commercial customers, especially when solar or wind is not available.
The success of the MEDB project has garnered attention from a wide group of Hawaii renewable energy stakeholders including national labs, utilities, the PUC, and multi-megawatt scale solar and wind providers. 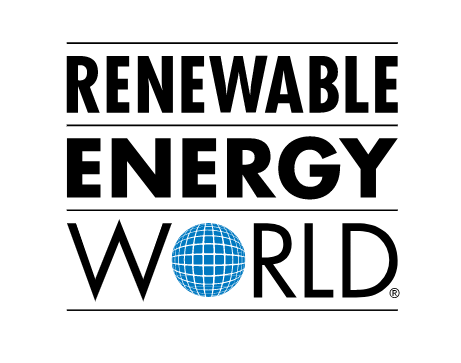 Advancements in grid technologies as well as the quest for cleaner, longer-lasting alternatives to fossil fuels are driving the implementation of the Smart Grid. In fact, with renewables and the electrical grid, the ongoing challenge of balancing intermittent renewable energy, load leveling, back-up power as well as grid regulation and line efficiencies are the perfect storm for energy storage. Because of the intermittent nature of renewable power as more energy renewable sources, such as solar, are integrated into the Smart Grid, managing and storing energy are essential.

As abundant as the sun is in the beautiful verdant islands, Hawaii depends on imported petroleum for most of its electrical energy needs. Unlike mainland states, Hawaii doesn't have the luxury of accessing other fuel sources, such as natural gas or large rivers, to produce hydropower. Petroleum is easy to transport and can be easily refined to create fuel for air, water and ground transportation, electricity and other uses. However, with the price of electricity the highest in the nation, combined with a desire and need to curtail the effects of global warming, Hawaii has a mandate to obtain 70% of its energy from renewables by 2030. This is a lofty goal to be sure. However, it should be attainable thanks to governmental efforts, financial incentives and advanced technology available to lessen the dependence on foreign oil and to better control energy consumption.

While wanting more energy produced by renewables, managing its generation is an issue. The Maui Electric Company (MECO), like other utilities across the islands, has expressed great concern about renewable power sources posing a threat to overall grid operations. Intermittent power takes time to ramp up and can go offline on cloudy or still days. This situation causes the utilities to boost production sporadically. Therefore, energy storage can directly impact grid stabilization, lessening peak demands and providing back-up power during power outages.
According to the Energy Storage Council, the Department of Energy (DOE) estimated in 1993 that energy storage could have a $57.2 billion positive impact from the widespread use of "high-density storage devices to… store power during off-peak periods and deliver it when loads exceed generating capacity." The Council has since updated this forecast to $175 billion over the next 15 years. Interestingly, Japan and Europe far outpace the U.S. in energy storage with 15% and 10%, respectively. The U.S. falls way behind with just 2.5%; the U.S. is playing catch-up, but not for long.

Putting Energy Storage to the Test

Recently, utilities and system integrators in the U.S. have initiated several demonstration pilot programs to prove the viability of energy storage and its potential impact on the grid. Besides grid stabilization and load leveling, storage systems can potentially provide back-up power to thousands of residential and commercial customers, especially when solar or wind is not available.
Another key driver for energy storage is the renewable portfolio standard (RPS) adopted by states in order to significantly increase the amount of electricity generated by renewables. According to the DOE, as of May 2009, there are 24 states plus the District of Columbia that have RPS policies in place. Together, these states account for more than half of the electricity sales in the United States. The state of Maine has an aggressive goal of 40% by year 2017. California wants to reach 33% by 2030, and many other states want to reach between 15% and 20% in the next five years and beyond. And as mentioned earlier, Hawaii has an aggressive mandate of 70% from renewables by 2030.
As an example, the Maui Economic Development Board (MEDB) recently wanted to assess the effectiveness of storing solar energy. International Battery teamed with solar integrator HNU Energy in Maui to develop a solar power generation and energy storage system for the MEDB (Fig. 1). HNU Energy has become a leader in Maui's rapidly growing green economy and specializes in commercial and residential photovoltaic systems as well as high efficiency LED lighting. Working as a team, a renewable energy system for the MEDB was developed and is comprised of sixty 224W photovoltaic panels, a bi-directional three-phase inverter system, and a state-of-the-art charge-controller network provided by HNU Energy. In addition, a 48V, 16.4kWh lithium-ion-based energy storage system was integrated - complete with battery management and controls - to store the energy generated from the solar array.
The energy storage system includes four battery modules, totaling 32 160Ah lithium iron phosphate (LFP) cells and a battery-management system (BMS) that is integrated into a standard Electronics Industry Alliance (EIA) style 19" portable rack mount chassis and enclosure (Fig. 2). The large-format lithium ion batteries were chosen because of their proven high-energy density, robust thermal and cycling performance, as well as easy system expandability.
The success of the MEDB project has garnered attention from a wide group of Hawaii renewable energy stakeholders including national labs, utilities, the PUC, and multi-megawatt scale solar and wind providers. Ramp up/down and power smoothing are of special interest for bringing large renewables onto the grid without destabilization. These applications require high power and energy with the ability to discharge the batteries at rates that are multiples of the battery capacity (C-rate). Lab data, shown in Fig. 2, demonstrates the ability to meet a 5MW ramp up/down requirement of three and five minutes, respectively. A single battery charge handled multiple ramp up/down cycles.
The keys to overall system performance are knowing the health and charge state of the individual battery cells, as well as understanding the temperature, depth of discharge and charging status. HNU Energy engineered an interface between the grid and International Battery's BMS, providing maximal flexibility to transition seamlessly between being grid-tied and off-grid. Figure 3 illustrates a graphical user interface (GUI) developed by HNU Energy to remotely monitor and control the BMS and grid interface. Voltage and temperature for every battery can be remotely monitored and controlled. Load balancing and power smoothing are continually optimized to ensure grid stability and maximum battery service life.

Another future outcome of the Smart Grid is community energy storage (CES). Coined by the utility, American Electric Power, CES is part of the utility's gridSMART demonstration project. This project, funded in part by $75 million DOE stimulus funding, will be deployed to 110,000 AEP customers in northeast central Ohio. The idea is to provide the utility and its customers many benefits, including load leveling, back-up power, support for plug-in electric car deployment, and renewables as well as grid regulation and improved distribution line efficiencies.
As part of this first-of-its-kind project, AEP and system integrator, S&C will test large-format lithium ion batteries (Li-Ion). Different from their smaller counterparts used in flashlights and IPods, large-format lithium ion prismatic batteries (Fig. 3) provide the right-size building blocks to deliver higher amounts of energy and scale up as energy demands increase. Of course, controlling and understanding the state of the batteries is vital, and that's where highly intelligent battery management comes in to play. Using state-of- the-art software and electronics, today's advanced battery monitoring systems can tell users the exact state of the battery, state of health, charging status and temperature. This project is currently underway and will integrate a broad range of advanced technologies in the distribution grid, utility back-office and consumer premises with innovative consumer programs. The outcome is to demonstrate the many benefits of a Smart Grid for consumers and the utility. In fact, CES holds the promise of becoming an integral component of the smart grid.

The Need for Efficient, Scalable Energy

As the Smart Grid transforms associated industries, the role and significance of energy storage will continue to increase. And, while there are different storage solutions such as flywheels, compressed air and hydro as well as various battery technologies, large-format lithium ion cells are leading the way in many high energy applications because of their near 100% efficiency, scalability and versatility. The energy storage market made huge strides during 2009. Of the $185 million granted from the DOE for 16 projects, $83.1 million was allocated to 11 battery-related projects.

Energy storage systems need to be robust and dependable. Today's advances in battery technology, combined with superior methods of monitoring and managing batteries, take energy storage to a much higher level of integration in smart energy applications. From an economic and environmentally sustainable perspective, the future looks bright for the combination of renewables with energy storage - a perfect match.
Posted by Editorial at 14:05