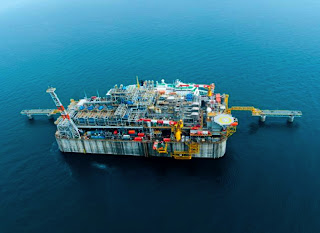 The company was established in 2005 by Qatar Terminal Limited (45%) - a Qatar Petroleum subsidiary, ExxonMobil Italiana Gas (45%) – an ExxonMobil subsidiary and Edison (10%).

With its 8 billion cubic meters capacity, approximately equal to 10% of the country’s entire gas consumption, the Adriatic LNG Terminal will make a significant contribution to increasing and diversifying Italy’s traditional sources of energy imports, thus contributing to the security and competitiveness of Italy’s energy supplies.


The Adriatic LNG Terminal is the first ever offshore Gravity Based Structure (GBS) for unloading, storing and regasifying Liquefied Natural Gas (LNG).

The facility is located offshore of Porto Levante, in the northern Adriatic Sea, about 15 kilometers off the Veneto coastline, where it is set on the sea floor. It is connected to the national network of gas distribution by a new pipeline.

Overall, the offshore Terminal is designed around a large concrete structure, which houses two LNG tanks, and includes a regasification plant and facilities for mooring and unloading LNG vessels. It is overall 375 mt. long, 115 mt. wide and the main deck is 18 mt. above sea level, with the top of the flare tower rising 87 mt. above sea level.

This state-of-the-art structure has been specifically designed to provide the Italian domestic gas network with a major new source of imported energy. Built with cutting edge technologies and boasting a highly innovative infrastructure, the Adriatic LNG Terminal is now ready to provide the nation with a safe and reliable energy supply.

Eighty percent of the Terminal capacity will be utilized by Edison for a period of 25 years, to regasify LNG imported from Qatar’s North Field, as part of a supply agreement with RasGas II. The remaining 20% is open for third party access, out of which 12% has already been allocated according to the procedures defined by the Italian Ministry of Economic Development and the Regulatory Authority for Electricity and Gas. .