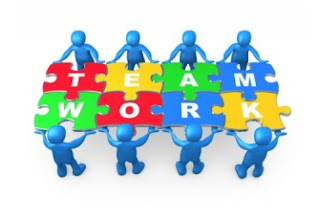 Bailey Fiedler   COO for Traditional Energy with CSS
Bailey has over 40 years experience as a Banker and Financial Consultant, specializing in the Energy Sector. In 1968 he joined Bankers Trust Company in New York, and subsequently transferred to London, where he headed the Project Finance Group. During this time, he concluded over $1.5 Billion in Euro-Dollar and Export Credit Financings. Since leaving banking in 1989, he has advised various national oil companies (Sonatrach, Purneftegas, Petrom) and major corporations (Thyssen Rheinstahl Technik, M.W. Kellogg, Union Carbide, Shell Global Solutions) on greenfield project investments and the privatisation and modernisation of government companies.
Rod Johnson COO for Government Sponsored Energy Projects
Rod Johnson is currently the President and Chief Executive Officer at Global Edison Corporation. Prior to joining Global Edison Corporation, Rod Johnson worked as President, Vice President and Architect at IQ Computer Corporation, Optimarket, LARC, of Chance Manufacturing and Thomas E. Stanley Architects and Engineers. Notable is his 10 years as President of Optimarket where he developed several of the largest energy projects in the Former Soviet Union and Iran. Under Rod Johnson’s leadership Optimarket grew to the position where their projects in the Caspian Sea region accounted for more than the total of all other companies projects financed by the European Bank for Reconstruction and Development. Optimarket under Johnson’s management was chosen by Kazakhstan and Iran to develop and execute the Kazakhstan-Iran oil swap under a license from the President of the United States. In his current role, Rod Johnson leads the Global Edison Consortium, comprised of companies in the US, China, Germany, Korea and Pakistan to develop, finance, construct and operate efficient clean energy projects focusing on Afghanistan, Pakistan, India, West Africa and Bangladesh. The combined consortium staff totals over 680,000 with 23,000 technical professionals, 8,500 megawatts of power plants under operation and maintenance. Rod Johnson is noted as having developed and manufactured the world’s first laptop with a hard disk, which was also the first 16-bit laptop and was labelled as the EDS Portable One with 12,000 units contracted for General Motors. In Europe the laptop was the Phillips Flyer. In the computer field he also developed the first alternative operating system for the Apple Macintosh known as Concurrent CPM. Johnson holds five world records and firsts at the US EPA in environmental and automotive engineering. His projects in Russia and the Middle East rank as some of the largest and most aggressive known.
Christian Holst MSc CFO Finance & Logistics


Has a broad experience in investment banking, raising capital for a wide range of industries including Shipping, Oil and Gas. After National service in Royal Norwegian Navy he worked for Den Norske Creditbank Oslo. Joined securities department mainly involved in project work including the bank's short term rating form Standard and Poor and Moody's. Later in INternational finance Department responsible for structuring  negotiating and syndicating major loans to mainly oil and gas companies, including several highly complex limited resource financings in the North Sea. He then transferred to Nordic Bank following DnC's acquisition. He was head hunted and moved to JP Morgan joined the Petroleum team originating project finance and M&A trasnactions. Promoted and transferred to JP Morgan Securities handling a a large number of bond and debt and equity related transactions, responsible for relationships in Norway and Denmark. Then worked for Fearnley Finans, Oslo. Responsible for a number of transactions including IPO's , private placement of shares as well as project finance. 1992 Director in corporate finance responsible for developing business in the Nordic Region for Barclays de Zoete Wedd (BZW). 1997 Head of corporate finance Christiania Markets (Now Nordea Bank Norway). As head of the department was actively involved inn most of the major projects concluded such as NOK 900m rights offering for Nera, Telenor's IPO and prior to that a separate financial advisory assignment for the same company, Nok 450M rights offering for Leif Hoegh & Co. Recently raised over 600M USD in equity , bonds and bank debt in offshore oil and gas sector.


Jonathan de Rin CIO Intelligence (Risks Feasibility  & Due Diligence)
Jonathan has spent over 35 years reviewing over 400 project funding requirements and structures in terms of feasibility, for individuals, companies and Government agencies. These projects  ranged  from funding feasibility studies of $500k to large complex energy and individual infrastructure projects in excess of $2 billion. He has worked with  project promoters, owners, MBO, private investors, equity funds, venture funds, banks, institutions and special projects for government agencies.  He has  established over a period of 30 years a network of investors and professional  specialists &  analysts  in 71 countries. The specialists  can be  brought together at short notice to work as virtual teams on new energy projects to assess risk and feasibility and due diligence  almost anywhere in the world.  Energy projects are both strategic and exposed in terms of installations, pipelines, shipment and terminal gateways and need protection. Jonathan has worked closely with the former chief scientific adviser to the Ministry of Defense on a new HAPS project for Real-time security & surveillance systems manned and unmanned to protect and monitor energy and infrastructure installations reporting directly to on the ground rapid response teams.
.